To actually become a gestational carrier there are many tests that the carrier and her partner must do first.   I had to go through extensive blood work.  This blood work was to make sure my thyroid was working to par and that I had no blood clotting issues.  Thyroid hormone plays a critical role during pregnancy both in the development of a healthy baby and in maintaining the health of the mother.  Women with thyroid problems can have a healthy pregnancy and protect their fetuses’ health by learning about pregnancy’s effect on the thyroid, keeping current on their thyroid function testing, and taking the required medications.  It just so happens I produce a thyroid hormone which is called hypothyroidism and can cause many of the body’s functions to slow down.  Mine was very minimal and I believe it was not an issue but since I was going through all this effort I did go on thyroid medication to help the thyroid work at its fullest potential.  Since blood clotting can pose problems in the IVF process with all of the hormones (estrogen) that are taken, it is essential to have that tested.  We also had my blood tested to make sure there were no infectious diseases that I could be carrying (don’t be insulted; they need to cross every t and dot every i).  Your partner will have to have his blood tested as well to verify he is not carrying anything that could be passed to you (again do not be insulted; It’s protocol). Next both you and your partner have to go through a psychological evaluation.   The psychological evaluation is intended to assess the candidate’s:

Do not underestimate how vital your partner will be to you in this process.  My husband has truly been my lifeline and I would have not been able to do this without him.  Make sure you really discuss the implications this will bring on your relationship and family.

The next thing I needed to have done is a hysterosalpingogram (HSG) which is an x-ray that looks inside of the uterus, in the fallopian tubes and the areas around it. This is often done for women who are having a hard time getting pregnant.  Many times for women it is caused by blockages in the fallopian tubes.  Even though I have had two successful pregnancies, I still had to take the test because I was advised that blockages could occur at any time.  The doctors wanted to rule out any reason that the IVF transfer would not work before they went through the whole process.  The intended mother had already warned me that it was an uncomfortable test and I would certainly agree.  The procedure itself is rather quick (once the catheter is inserted it takes less than a minute), however I’m not going to kid you, when the catheter was first inserted I thought I was going to pass out.  I asked the doctor for a minute to take a few deep breaths which he allowed and then he inserted the dye.  Again the intended mother had told me that it would be like a burning sensation which is true but it’s not painful (although I have heard if there are blockages it can be).  During the x-ray dye is put into a catheter which is put through your cervix into the uterus.  The uterus and the fallopian tubes are hooked together so as the dye flows through the fallopian tubes pictures are taken using an x-ray and the doctors will be able to see if the uterus and fallopian tubes show problems such as injuries or abnormal structures or blockage that would prevent an egg from going through.  In my case there were no blockages and no issues which meant I just cleared the last medical hurdle

The next step for the gestational carrier is to begin medication.  The doctor will start you out with a low dose of Estrogen and then with observation will increase it.  I started on one pill of estrogen and was increased up to 4 pills of estrogen over a three week period.  During the time the estrogen is given I to go back to the office periodically to be monitor using an ultrasound to determine the thickness of the uterine lining and a blood test to look at the levels of estrogen my blood.

Once the doctor is satisfied by your hormone levels and thickness of the uterine lining you can now start the progesterone. The intended mother had warned me that part just stinks. I would agree with her but luckily it’s only once a day and it’s for good cause.  The progesterone matures the uterine lining and makes it receptive to an embryo implant. Once progesterone has begun there is a certain window of time when the implantation can occur so the transfer of the embryo must be done at a precise time. Therefore the only factor that locks the patient into performing the transfer on a certain day is starting the progesterone. Once the progesterone has begun, if the embryo transfer is not performed on a certain day the cycle must be canceled and the new preparation of hormones must begin after allowing a period to occur.  It can be very frustrating constantly rearranging your schedule for blood work, checkups, and for the transfer (there is no wiggle room for that day). However if all goes well it is well worth it.

For me I take two forms of progesterone which I am still doing till the end of the first trimester.  The first is a progesterone injection and it must be administered in the muscle of either you lower back or in the thigh (thigh is not preferable and it hurts much more).  It must be done in the muscle because it is thick oil and if it is administered in fat it will never be disbursed into your body.   I’m not going to lie to you; after a week of taking turns on each side of your back, you are sore. I have found that taking hot baths or hot showers before the injection helps and after the injection rubbing the area with a warm washcloth.  It helps loosens the muscle and soothe the area.  The other form of progesterone that I take is progesterone suppositories one in the morning and one in the evening.

The actually transfer of the embryos was a rather quick process.  I was instructed to drink 32 ounces of water and I was given a Valium to take (that part was very nice 🙂 ) The sedative was to relax me.  The actual transfer is not uncomfortable, but if the office is running late and you are sitting around with 32 ounces of water in your bladder, that is uncomfortable.  When it was finally time to do the transfer, I was brought into a room with the intended parents.  I lay down on a table and an ultrasound was used to help guide the doctor as he transferred the embryos.  The embryos were loaded into a fine tube catheter that passed through the vagina and cervix into the uterus. In my case two embryos were deposited. 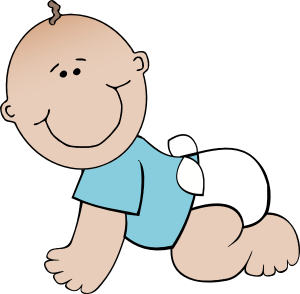 The hardest part is the waiting period afterwards.  It is an excruciating two weeks of not knowing and it is highly suggested you don’t take a pregnancy test. It is possible to get a false reading because of the hormones being taken.  It is on the very early side when you go back to do blood work for the pregnancy test. It is about 12 days after the transfer.  Five hours after my blood work I received the wonderful news that I was pregnant.  🙂

2 thoughts on “Shots, and Tests, and Transfer, Oh My!”

Check out my site to purchase Avon https://margotdenaxas.avonrepresentative.com/

The ups and downs being a mom and a professional. Balancing it all and surviving it.